SEEN is a project space curated by Joanna De Vos in the vibrant Zuid neighbourhood of Antwerp. The concept is simple: one room, one previously unseen artwork, one artist. Each presentation is accompanied by a statement or specially selected text.

‘Curious and keen’ is the credo of curator Joanna De Vos, and the guideline throughout all her projects. As an independent curator of contemporary art exhibitions, she works on an international level, with recent projects in Namur, Ostend, The Hague, Florence, Palermo, Venice, Sofia, St Petersburg, Busan, Geneva, Basel and Zurich. Her exhibitions are always characterised by a diverse mix of nationalities, generations, perspectives and disciplines.

SEEN exhibits works by a wide range of national and international artists, some of whom will be selected by guest curators. Each piece is on view for a period of two to three months and contextual information is available in the adjacent room. Occasionally, additional events will shed a different light on the current installation. SEEN aspires to operate at the intersection of the visual arts and other disciplines such as performance, music, fashion, film, literature and science.

Offering a space for spontaneous discovery in the heart of Antwerp, SEEN is opposite the Royal Museum of Fine Arts (KMSKA) and a mere stone’s throw from the Museum for Contemporary Art (M HKA) and the Photography Museum (FoMu). With its large glass windows, the corner house offers a fascinating viewing experience: the artworks can be seen from the street and also within the minimal interior. Flooded with natural light by day and beautifully illuminated at night, the space is destined to catch the eye of devoted art-lovers and casual passers-by alike. The aim is to create an unexpected encounter with art amidst the urban landscape and, in so doing, to arouse curiosity.

Why this new space? Joanna De Vos is a ‘curious and keen’ curator and is constantly on the lookout for new discoveries. She lives and breathes art and SEEN is a way of sharing this passion.

Why ‘SEEN’? The past participle of the verb ‘to see’ is an ideal name for this new space, and for several reasons. SEEN is not a gallery and does not have a commercial purpose. It is a space for reflection and contemplation, one that is born of a profound belief in the power of beauty, art and the artist. It is intended to be a supportive platform that enables artists to be ‘seen’ and heard. Moreover, SEEN aspires to create a ‘scene’: a space in which curators, artists and audiences can meet, where things can happen and connections are forged; an unassuming nexus in the middle of Antwerp’s thriving international cultural quarter. 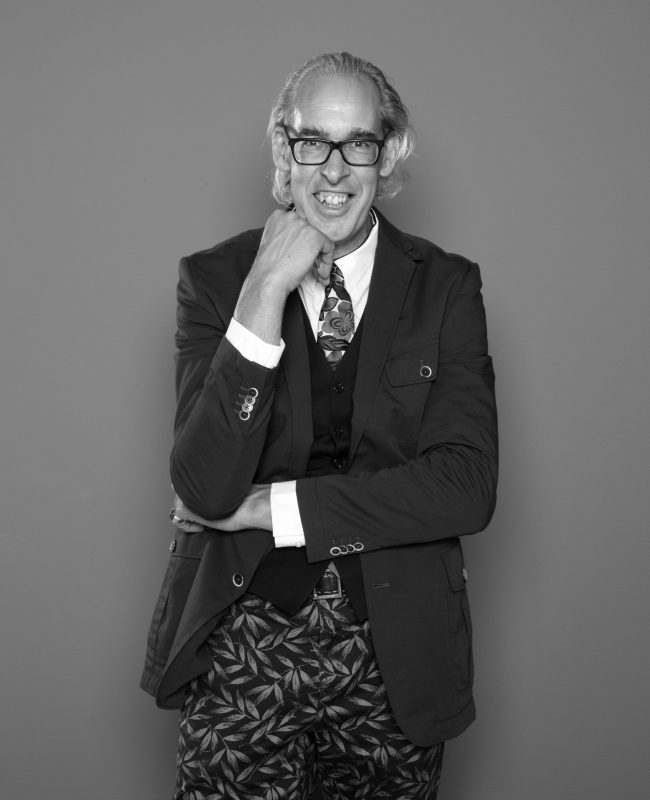 Edwin Becker (1963) has been connected to the Van Gogh Museum since 1992, specializing in (visual and applied) fin-de-siècle arts, which resulted in exhibitions of surprising and undiscovered themes and artists. He organized exhibitions such as In Perfect Harmony: schilderij + lijst 1850-1920, L’Art Nouveau: La Maison Bing and Egon Schiele. He is Head of exhibitions at the Van Gogh Museum since 2006, which makes him responsible for a varied exhibition program, ranging from Munch : Van Gogh to Hockney – Van Gogh. The Joy of Nature. Edwin Becker is a public speaker, frequently giving lectures, seminars and workshops for international universities, museum and cultural institutions, and he coordinates cultural travels. 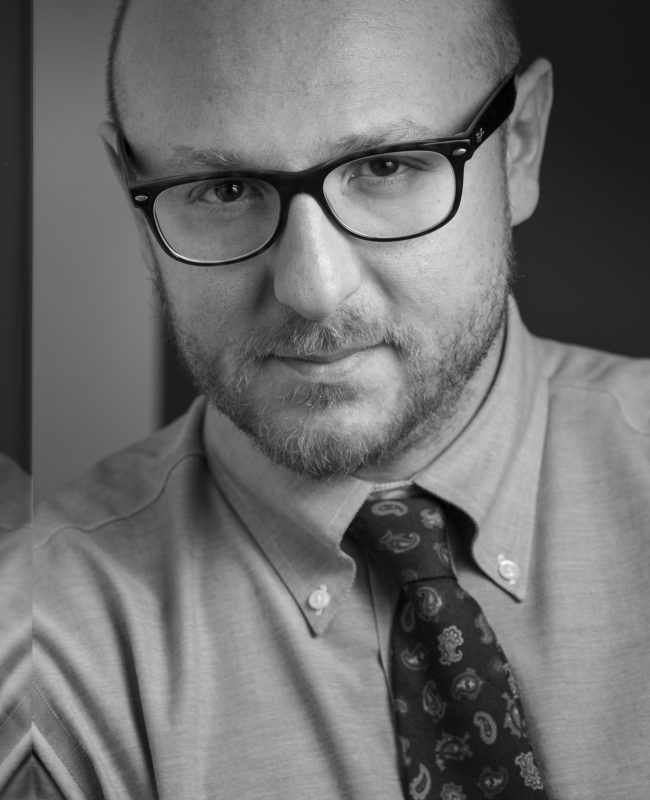 Arturo Galansino is Director General of the Fondazione Palazzo Strozzi in Florence since 2015. Art historian, curator and academic scholar, he studied in Turin, Milan and Paris, obtaining his PhD in Art History and Criticism in 2007 and worked in international museums such as the Musée du Louvre in Paris, the National Gallery and the Royal Academy of Arts in London. He curated and co-curated several exhibitions including Mantegna at the Louvre (2008-2009), Leonardo da Vinci. Painter at court of Milan at the National Gallery (2011-2012), Giovan Battista Moroni (2014-2015), Rubens and his Legacy (2015), The Age of Giorgione (2016) at the Royal Academy.  At Palazzo Strozzi he curated Liu Xiaodong: Migrations (2016), Ai Weiwei. Libero (2016) and Bill Viola. Electronic Renaissance (2017). 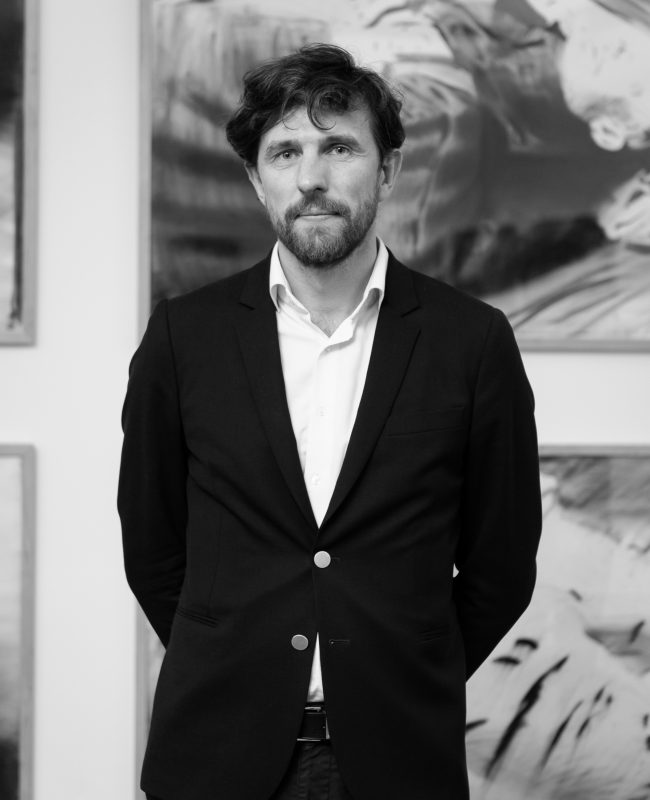 Björn Geldhof, artistic director, PinchukArtCentre, Kyiv. Since 2009, Bjorn Geldhof has been responsible for the Future Generation Art Prize. Prior to this, he was artistic and strategic director of YARAT, Baku. Geldhof has curated numerous projects internationally,  including the Ukrainian National Pavilion at the 56th Venice Art Biennale in 2015 and the Future Generation Art Prize exhibitions in Venice in 2011, 2013, 2017 and 2019. 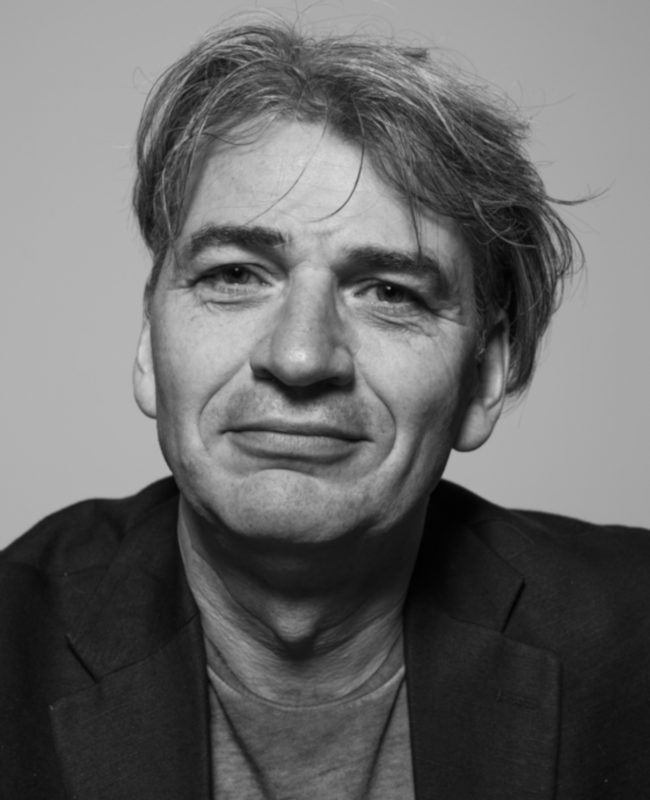 Stijn Huijts is chief executive officer and director of the Bonnefantenmuseum in Maastricht, the collections of which encompass both old masters and contemporary art. Prior to joining the museum in 2012, he served as founding director of SCHUNCK, a multidisciplinary museum of contemporary art, music, dance, and literature,  and as director of the Stedelijk Museum Het Domein in Sittard. He has organized numerous exhibitions and collaborative projects with artists, including the Dutch Pavilion at the 26th São Paulo Biennial. A current advisor to the Mondriaan Fund, he has served on the board of the International Committee of Modern Art Museums (CIMAM), the Visual Arts and Design Committee of the Dutch Arts Council, and the advisory board of the Dutch National Heritage Board. A frequent lecturer at international postgraduate research institutes and a member of the International Association of Art Critics and ICOM, Mr. Huijts holds an MA in cultural studies from the University of Amsterdam. 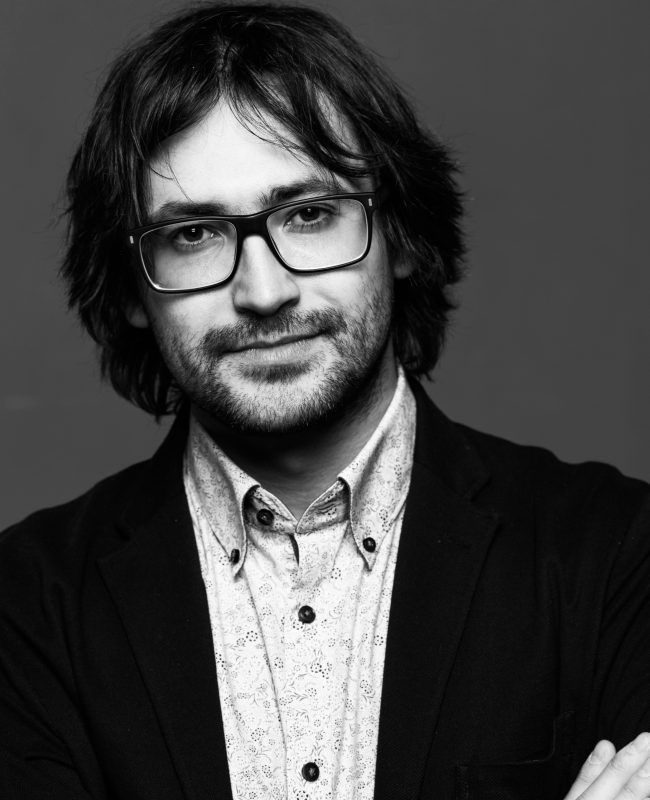 Dimitri Ozerkov (26.01.1976) is a Russian art historian and curator. Since 2007 he has held the posts of Head of the Contemporary Art Department of the State Hermitage Museum, St. Petersburg, and Head of Hermitage 20/21 Project for Contemporary Art, which involves collecting and displaying modern art in a traditional museum. A graduate of the Art History Department of St. Petersburg State University, he became curator of 15th to 18th-century French engravings at the State Hermitage Museum in 1999 and researched the history of the Imperial Room. In 2003 he received his PhD from St. Petersburg State University. Under the auspices of the Hermitage 20/21 Project, he has curated or organised over 50 exhibitions, featuring art by Jake and Dinos Chapman, Chuck Close, Win Delvoye, Antony Gormley, Ilya Kabakov, Henry Moore, Jan Fabre, Anselm Kiefer and other American, British and Japanese artists. In 2011 and 2015 he led the State Hermitage projects for the Venice Biennale, exhibiting Dmitry Prigov and Glasstress 2015 Gotika. 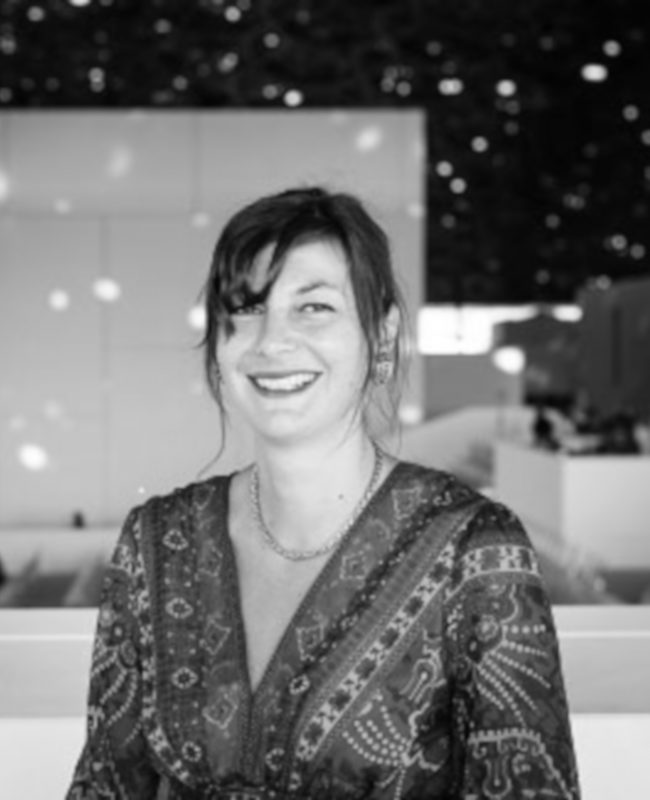 Juliette Singer (born in France on 1974) is Chief Curator at Petit Palais, Paris. She has been involved in the project for several years working at Agence France Muséums to prepare the opening of the LAD. A former student of INP (National Heritage Institute), she is a graduate of philosophy and art history at Panthéon-Sorbonne University (Paris I). Responsible for the art brut collection of the Villeneuve d’Ascq Museum of Modern Art (now the LaM), she then went on to manage the contemporary art department at the Musée-Château d’Annecy before becoming curator of the museums of Boulogne-Billancourt. In 2013, she was appointed director of collections for Paris Musées, comprising 14 major museums in the city. From 2018 until early 2020, she was Chief Curator in charge of the Modern and Contemporary Art at Louvre Abu Dhabi. 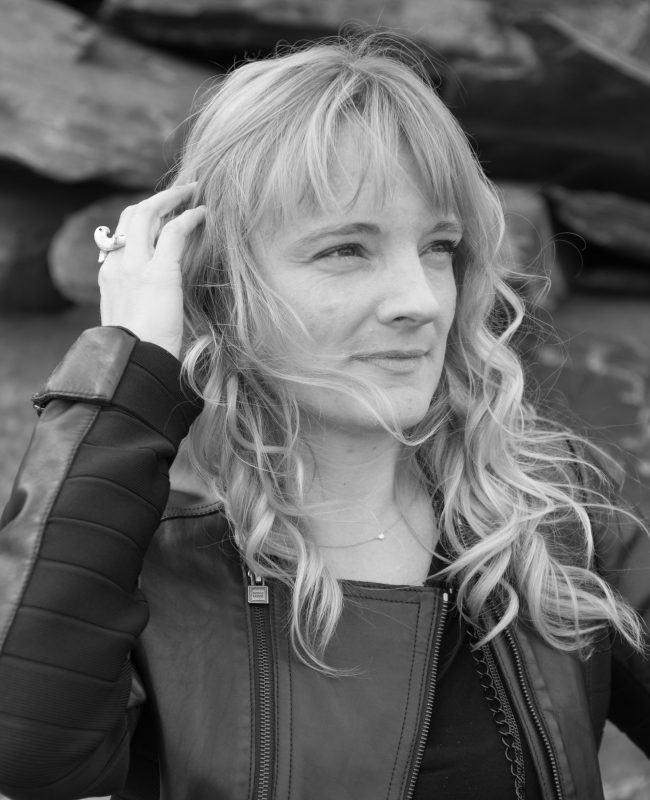 Prof. Dr. Katharina Van Cauteren (1981) teaches visual arts at the University of Antwerp and is head of The Phoebus Foundation Chancellery. Katharina is an art historian and has made many exhibitions, both nationally and internationally. She introduced Rubens in India, presented Jan Van Eyck in The Netherlands, and celebrated the 350th birthday of the Antwerp Academy with Walter Van Beirendonck. Her publication Politics as Painting is the main reference on the work of Brussels painter Hendrick De Clerck (1560-1630) and the political ambitions of the archdukes Albrecht and Isabella. Katharina also published several other books and articles on the art of the 15th, 16th and 17th century, and even about the art in Sint-Martens-Latem: Ensor, Tytgat, and Wouters. Where images are depicted, there are stories to tell… 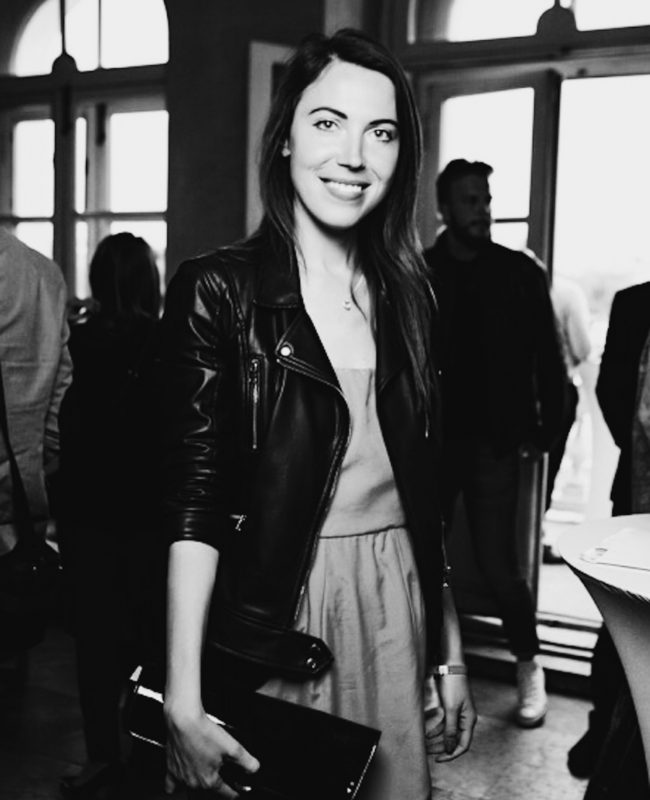 Marina Vinogradova (Moscow, Russia) is an art critic and curator with over 10 years of experience in contemporary art and events. She specializes in concept development and organization of educational projects and art tours, writing articles and texts on art. She is the author of lectures and educational courses about art management, art business and contemporary art in USA.  After having worked at Anna Nova Gallery (Saint Petersburg) as art director and curator for 7 years, she now collaborates with RDI Creative curatorial agency, viennacontemporary art fair (Russian office),  and Aksenov Family Foundation. 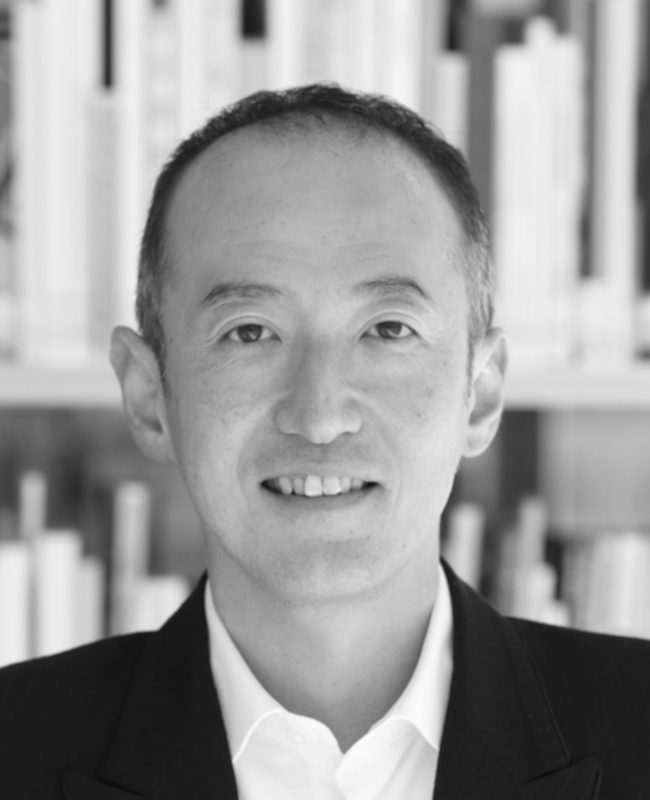 Meruro Washida was born in Kyoto in 1973 and currently lives in Kanazawa, Japan. He is currently the director of Towada Art Center. Previously, he was a curator at the 21st Century Museum of Contemporary Art, Kanazawa until March 2018. He received his master’s degree from the University of Tokyo, where he studied art history. He was the curator of the Japan Pavilion at the 57th Venice Biennale held in 2017 and was one of the co-curators of Aichi Triennale 2019.